Artist of the Issue: Griffin Elliott 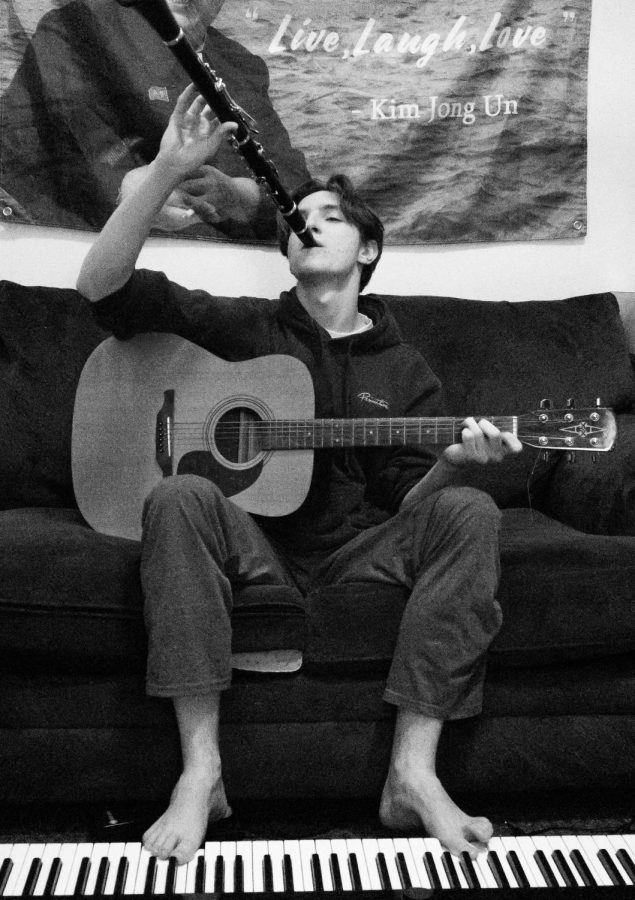 Well-known within the Groton community as an actor and singer-songwriter, Griffin Elliott ’22 has left his mark on the Circle. If you’re looking for Griffin, you’ll find him on stage in the CPAC or performing at Chapel. Being an Open Mic head, a lead music prefect, choir prefect, and theater prefect, Griffin holds a major role in the Performing Arts department at Groton.

What does music mean to you?

I got into music because it had a way of getting at feelings that I wasn’t very good at expressing. There were songs that I would hear that described a situation I was in, so I’d say I use music as an emotional, creative outlet. I think of music as a really unique form of communication, like a universal representation of life.

Who or what inspired your interest in music?

The movie La La Land made me start playing piano. My older brother Colin also inspired me—he’s been a musician since he was seven and I was four, plays a ton of instruments, and was super supportive and helped me out a lot.

How has Groton played a role in your music career?

I’ve had a bunch of opportunities to work on music, such as playing with musicians of a much higher caliber than myself. When I played in Jazz Combo, I was probably the worst one there, which was a little intimidating, but also a lot of fun because I was playing with really good musicians. Open Mics and postludes have also made me more comfortable performing. The Groton community is always really supportive, so I feel like I’ve been able to grow my stage presence and my voice with a solid community while also playing with some really wickedly talented people.

What plans do you have in relation to your music career in the future?

I definitely think I’m going to be writing music for as long as I can, really, until I’m dead hopefully! Once I go to college I’m probably planning on starting a band or some sort of group there. My five-year plan, as in five years from now, I want to be competent on at least two more instruments.

What advice would you give to aspiring musicians at Groton and in general?

Don’t get bogged down by the technicalities of music or feeling like there’s a ton of information that you need to have a handle on before you start playing—it’s just not the case. I started playing the piano by learning one scale and three chords and went from there. For me, what’s kept the passion in music is learning things that I like. I find songs that resonate with me and then spend time replicating them because it’s just such a satisfying feeling as opposed to being given a sheet of music and just mechanically repeating that. So, just make sure you keep the passion in it and play what you love.