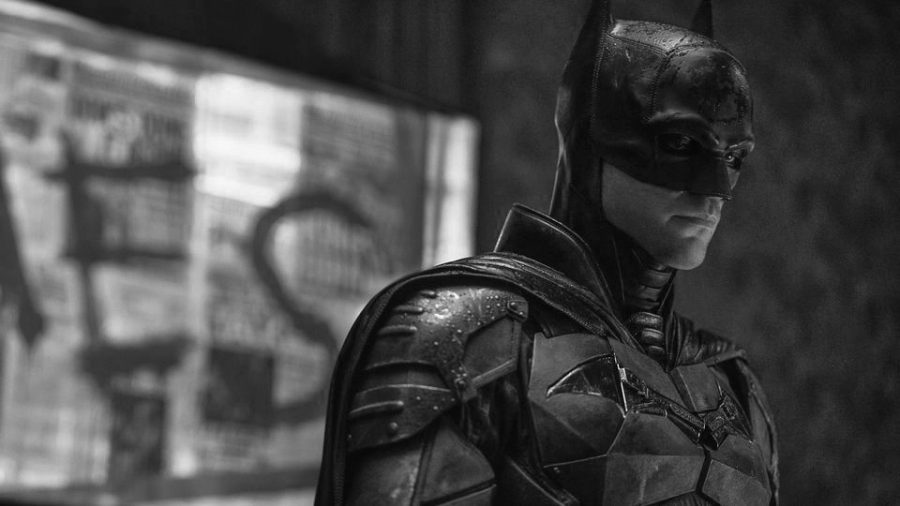 On March 9th, I sat down in a small movie theater in Jackson Hole, Wyoming to watch The Batman for the first time. By the time the Batmobile leapt through a blazing fire, I already knew: this was the adaptation of Batman I’d been waiting for since picking up my first comic book.

For years, Christopher Nolan’s The Dark Knight (TDK) has been hailed as one of the greatest comic book film adaptations of all time. After its release in 2008, it appealed to critics and fans alike and has undoubtedly changed the way comic book movies are made and regarded. However, after the March 4th release of The Batman, directed by Matt Reeves, perhaps it’s time to reevaluate the title of “best superhero film.”

Despite The Batman’s daunting run time (2 hours 56 minutes), it remains engaging by keeping the stakes high and weaving storylines together so gracefully that it’s hard to tell there’s more than one. At first glance, it follows a normal detective story — Batman (portrayed by Robert Pattinson) looks for clues, interrogates suspects, and finds the murderer. However, the film also has a heavy focus on the emotions, relationships, and development of characters, especially Bruce Wayne and Selina Kyle (portrayed by Zoë Kravitz).

Whereas TDK pushes Bruce’s character development aside for the sake of action and chase scenes, The Batman spends a lot of screen time unpacking Bruce’s trauma and grief, while also establishing his relationship with Alfred, his butler who becomes a father figure after the murder of Bruce’s parents.

That same murder is what connects him with the film’s antagonist, the Riddler (portrayed by Paul Dano). Dano’s Riddler is a far cry from the character in the comics — his bright green suit and question mark cane have been replaced by a darker design that could have been pulled from a Criminal Minds episode — but that’s not a bad thing. As an orphan who grew up watching the world pity Bruce after his parents’ death, the Riddler’s personal vendetta against Bruce and fascination with Batman elevates the emotional and physical stakes of every interaction between the two in the film.

While Heath Ledger’s performance as the Joker in The Dark Knight is legendary, his scenes with Christian Bale’s Batman lack any connection to Bruce’s emotions, and in a movie so deeply rooted in the mood and emotional state of its characters, The Batman accomplishes exactly what it needs to by adding that depth.

Selina Kyle is a perfect example of this. Unlike Rachel Dawes in TDK, Selina and her decisions are crucial to the plot. As the film goes on, we learn about her story beyond being a love interest for Bruce.

“I was really excited to explore her backstory, where she comes from, and the process she goes through to [become] Catwoman,” Kravitz said in an interview with Comic Book Resources. Selina is in the early stages of developing her cat-burglar alter ego in the film. While Batman follows her, we see her relationships, jobs, and love for cats. “I have this lovely opportunity to slowly develop her and the audience gets to come on that journey with me,” she added.

Because of this emotional storytelling and development, The Batman’s portrayal of Catwoman, like Bruce and every other character in the film, is grounded and realistic, despite the absurdity of the characters conceptually. This film seamlessly blends emotion, action, and plot using beautiful camerawork and an authentic script in a way that The Dark Knight, despite its strengths, could not achieve.