Giving Voices to the Voiceless: Anthony Borden ‘79 and the IWPR 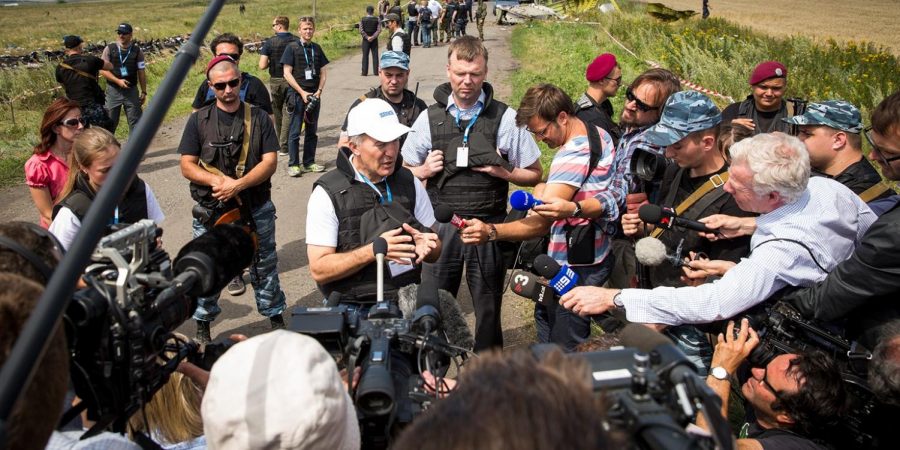 How diverse is today’s reporting on foreign conflicts, terrorism, and oppression? Groton Alum Anthony Borden ’79, founder and director of the Institute for War & Peace Reporting (IWPR), emphasizes that “local voices are really not heard,” expressing that the issues he founded IWPR to combat thirty years ago are prevalent more than ever today.

Borden has devoted his life to amplifying unheard voices through journalism. Remembering his time at Groton, he earnestly describes the glory of Groton’s ancient Heidelberg printing press–which lived in what is now Mr. Moriarty’s classroom– and the late nights spent there with other editors of The Grotonian (the “sweaty press guys”), heating molten lead and casting the letters on the page. This sparked Borden’s lifelong respect and fascination for putting words on a page. When he decided to create the IWPR, he found the support of the Groton community to be invaluable. In turn, he hopes to provide these types of resources to journalists and activists around the world.

The IWPR is dedicated to giving voices to the voiceless by developing press and journalism in struggling areas all over the world. Given its mission, it might seem surprising that the IWPR steers away from reporting on Israeli-Palestinian hostilities. Borden believes that entanglement in this controversy, which has been fraught for decades, would lead to little benefit. “We try to get involved where we can make a difference; we try to get involved where we can stay involved; and we try to get involved where we think there’s a need,” he explains. With such a great number of groups and organizations already latched onto that conflict, the Institute instead focuses its resources where it can broadcast a story the world has not listened to. It works to train journalists, some as young as high schoolers, to share their voices despite governments that restrain freedom of expression.

Concentrating its energies elsewhere has yielded great results for the IWPR. For example, the IWPR recently drew attention to the Cuban government’s disinformation and lack of transparency regarding Covid-19. The Institute’s on-ground projects in Cuba continue to train local journalists and help them create ties with one another. Assistance like this is essential in countries of “limited democratic space,” where citizens and those devoted to telling the truth are invariably silenced. More than ever during this pandemic, Borden explains, this illustrates “the public role and the importance of journalism at these difficult moments.”

The Institute is, above all, dedicated to its journalists and trainees. Borden likens the IWPR’s work to a Groton education: the real significance of Groton is not Prize Day, but what each student makes of themselves decades later and how each one of us gives back. The IWPR continues to help its trainees as they advance their careers around the world, and Borden takes pride in their successes as professionals out in the field.

Borden mentioned one notable young trainee. She was an unexpected participant in one of the IWPR’s Pakistani youth programs, Open Minds. A fourteen-year-old schoolgirl, she showed immense talent and dedication to journalism. She went on to become a mentor in the program, before blogging for the BBC, and eventually winning a Nobel Peace Prize. Her name is Malala Yousafzai.

While remarking on her exceptional gift for journalism, Borden reflects, “You don’t know where your successes are going to come, but sometimes they can be really exciting.” Training so many talented young people across the globe, Borden and the IWPR look forward to nurturing many more.