An Optimistic Future for US-China Relations 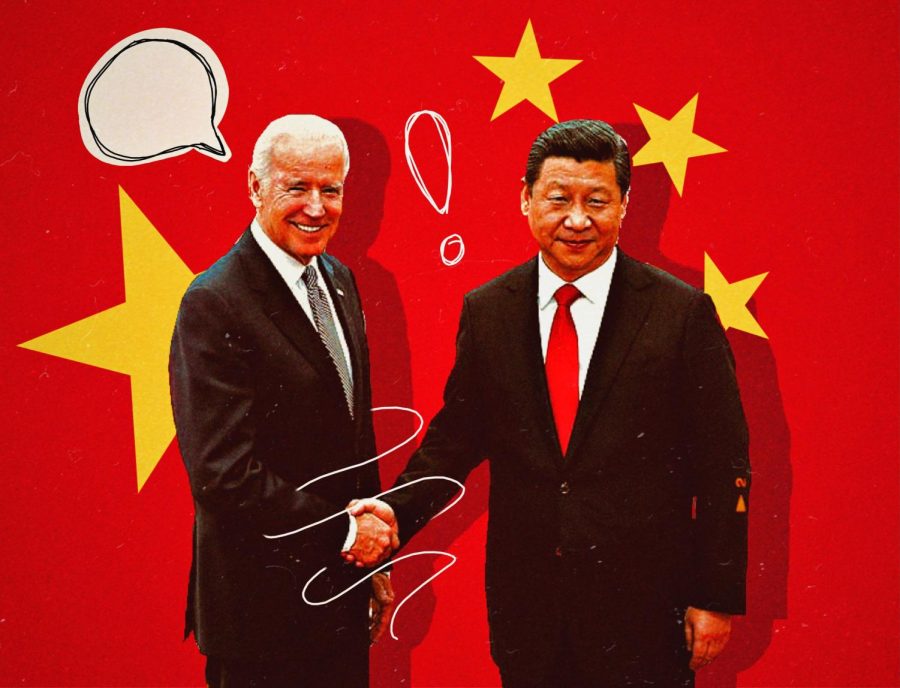 At first glance, Biden’s victory is good news because it offers the US-China relationship a fresh start. However, to accurately predict what the President will do, one must analyze his foreign policy advisors: the new secretary of state Antony Blinken, new national security advisor Jake Sullivan, former assistant secretary of state for East Asia and Pacific affairs Kurt Campbell, former deputy national security advisor Ely Ratner, and others from the Obama era. Based on their published opinions, US-China relations will be less strained (compared to 2020) during the first years of Biden’s administration as the US deserts the Trumpism path of direct confrontation and instead focuses on internal improvement. Economic, technological, as well as militaristic competition with China will stay at a manageable level.

The past is often a good predictor of the future, and US policy towards China is no exception. US strategy surrounding China from the 1970s to the late 2000s was to induce change in the Communist nation by trade. As experts on Chinese foreign policy wrote, liberalization of the Chinese economy was supposed to alter China’s “internal development and external behaviors.” Those in US policy circles were confident in their ability to “mold China to the United States’ liking” and turn the nation into “a responsible stakeholder” in the international system.

The above scenario did not happen. In fact, while the US was fighting wars with questionable yields in the Middle East from 2001 to 2013, China’s GDP became the second largest in the world, and the Chinese never deviated from pursuing their own course. During the second decade of the 21th century, China started to assert its territorial claims in the South China Sea, lay out economic partnership plans, while continuing to support China’s rapid growth was spared American attention as the US was mired in the Middle East.

Obama’s administration adopted the old China policy at first. However, the 2008 financial crisis and the successful Beijing Olympics, in addition to China’s sheer size, convinced presidential advisors that careful attention should be paid to China’s rising significance on the world stage. The US needed to engage China to protect American interests, instead of waiting for China to back down.

Thus came the Pivot to Asia, which Obama initiated in 2009. Its constituent policies include the Trans-Pacific Partnership (TPP), a trade deal which reduces the signatories’ dependence on Chinese trade and brings the signatories closer to the United States, as well as bilateral military agreements between the US and Asian-Pacific countries. Despite these subversive actions, the US and China still maintained a somewhat constructive relationship. This period was overseen by Biden’s national security advisors, whose experiences during the Obama years are indicative of their contemporary opinions.

The Trump era only saw increased tensions between Beijing and Washington. China’s inability to control the virus early on, combined with Trump’s repeated “China virus” references, has raised American anti-China sentiment to a historic high, and American unfavorability towards China rocketed to 73%. Trump’s China policies exhibit three characteristics: maximum pressure, unilateralism, and unpredictability, none of which provide a solid foundation for mutual understanding, nor problem-solving. Ill-designed confrontation, ranging from the trade war to sanctions on Huawei, Wechat, and Tik Tok, became the new norm.

This is not to say that Biden must follow his predecessor’s line of hostility.

In 2018, Biden’s former foreign affairs and national security advisors Kurt Campbell and Ely Ratner published an article in Foreign Affairs claiming that the United States has always had “an outsized sense of its abilities to determine China’s course.” In 2019, Campbell and Biden’s new national security advisor Jake Sullivan wrote that the era of old China policy based on passive engagement “has come to an unceremonious close.” Despite pessimistic rhetoric, the advisors hold that a new Cold War will be no more productive than passive engagement, as the economic tie between the US and China is firm, and China is entrenched in the global system.

Instead, the US will seek self-improvement as the main strategy against Chinese competition. Ratner wrote in 2018 that “Washington should focus more on its own power and behavior” instead of “seeking to isolate [China] and weaken it,” let alone trying to transform it. Sullivan, during a speech at the Carnegie Endowment for International Peace, suggested that the US should focus less on slowing China down, but instead “put more emphasis on running faster ourselves.” Domestically, Biden’s transitional Department of Commerce is working on a new set of laws which will break the IP monopoly of giant companies and enable more technological innovation from smaller enterprises. Combined with inclusive immigration policies, US competitiveness can be strengthened. In the meantime, the new secretary of state Antony Blinken will reaffirm the United States’ positions in international institutions and alliances to ensure that the rules are made in favor of the US. After all, the greatest advantage America has over China is a network of allies.

Self-improvement does not mean a complete disregard for Chinese actions. The reality is, conflicts will increase in trade, technology, government ideology, human rights, and the military as China’s rise inevitably collides with US interests.

The good news is that most conflicts can be solved with the arrival of a rational US administration.

Biden, in contrast to Trump (who has an obsession with his own ill-devised ideas), will make use of the well-thought strategies made by either his team or national think tanks. A representative example of Biden’s China policy can be the establishment of an emergency response mechanism to minimize both the risk and damage of unintentional armed conflict. As Sullivan and Campbell pointed out, “the US and China need more communication channels and mechanisms to avoid conflict,” and quickly clarify the other’s intentions during an incident. Biden will probably negotiate within the East Asian Summit (EAS), whose members, including the US, Russia, China, Japan, and India, have all signed and ratified the Treaty of Amity and Cooperation, meaning that every nation, mandated by law, must commit to the principle of peaceful dispute resolution. Additional infrastructure, including the Defense Ministers’ Meeting (ADMM-Plus), can be established under the umbrella of the EAS. Therefore, if conflicts occur between any of the regional powers, high-ranking military officials would be able to directly communicate with each other, and inform their respective leaders at once. The Americans and the Soviets had similar response mechanisms during the late Cold War period, upon which the new treaties can draw.

Compared with what Trump did, Biden’s China policies are expected to be rational, fact-based, beneficial to its allies, less confrontational, and more or less predictable (good for business the environment). These characteristics provide the groundwork for effective and professional diplomatic exchanges, as well as the necessary atmosphere to prevent conflicts from spiraling out of control.

The most complex relationship in the world will generate uncertainties which must be and will be solved by rational players. Although China and the US will probably not become friends, we must have faith towards our new diplomats and presidential aides, whose decades of expertise should prevent uncontrolled enmity. No one can predict the future, but with Bidens’ responsible leadership supporting “constructive realism,” everything can be managed.