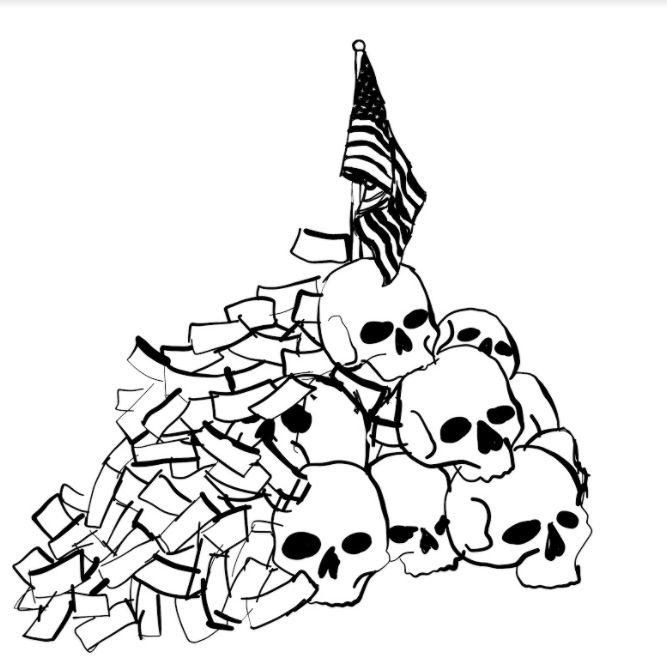 The United States has now surpassed all other countries in the number of confirmed cases of COVID-19. Meanwhile, our economy has crumbled. With the virus quickly becoming a double-edged sword, government officials are now forced to redefine our priorities: the success of the economy or the health of its citizens.

While both are critical, our economic issues are far less significant than the climbing number of COVID-19-related deaths. Public health is the problem itself; the economy is merely a symptom. Until the government makes a concerted effort to prioritize the health of the people, we will never be able to reopen businesses and save our failing economy.

Of course, the economy is currently a gargantuan issue: we are facing an economic recession predicted to be worse than the 2008 recession, with a record 22 million people unemployed.

So on March 27, President Trump signed a $2 trillion relief package, the largest economic stimulus in modern U.S. history. But this legislation is only a band-aid on the gunshot wound of the coronavirus. According to The New York Times, a growing number of economists now hold that the stimulus bill was too small and too late in its attempt to reduce unemployment.

In recent weeks, the House has also passed a $484 billion deal to replenish a small business loan program and direct more money to coronavirus testing and hospitals. There has been talk of legislation for a second stimulus package, proposed as the Emergency Money for the People Act, to provide Americans with $2,000 a month for the next six months. However, this stimulus is still just a legislative proposal and may not become law in the foreseeable future, particularly as Republicans and Democrats continue to debate priorities.

These measures, however, are red flags pointing to Trump’s underlying desire to prematurely start up the economy again. At a White House news conference on March 23, President Trump stated that “America will again and soon be open for business.” At the time, he wanted businesses opened by Easter. After further deliberation, Trump extended social distancing until April 30, aiming to resume economic activity by May 1.

While this reopening has recently been pushed back again, Trump continues to express his desire to resume business as soon as possible, pledging that the entire economy will be running normally by late summer. Georgia recently made the decision to become the first state to begin reopening business, a rash decision that Trump initially supported vociferously. This strategy evinces his prioritization of dollars over deaths, as it is highly plausible that the virus will not have subsided sufficiently by the start of May.

Trump also has a personal investment in restarting the economy soon: his response to the pandemic will inevitably affect his standing in the upcoming presidential election. And one of his biggest selling points in 2016 was his pledge to boost the economy allegedly left in “shambles” by President Obama. If Trump does not ensure the rebound of America’s middle class, the probability of his reelection will plummet.

But one must consider the long-term effects of sweeping the public health crisis under the rug. If social distancing and self-isolation regulations are removed or even relaxed by early May, we will indubitably face a new wave of infections throughout the country. The same domino effect we are now witnessing will occur again, resulting in another major economic shutdown. Thus, Trump’s current strategy will create a vicious cycle in which neither the economy nor the people will heal.

Trump’s stimulus package was a much-needed step toward solving our economic crisis, but should not be viewed as an immediate precursor to a complete economic reopening. For now, it is imperative that the health of the citizens remain our government’s top priority.