Finding the “Runner’s High” at the Hyannis Half-Marathon 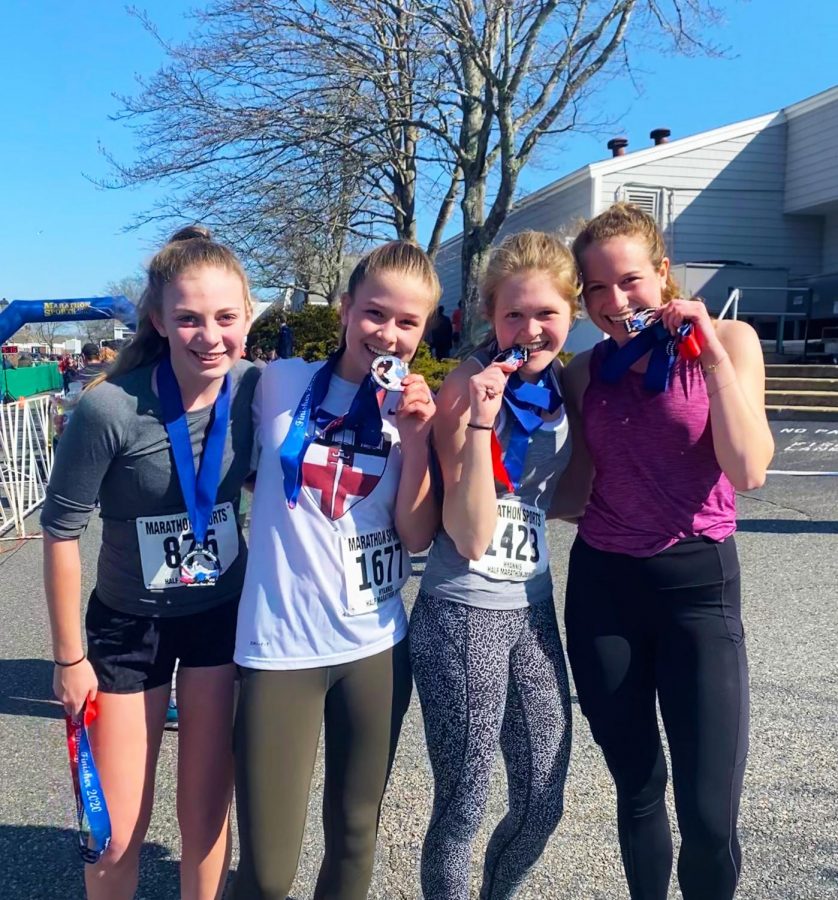 If you happened to wander along the river, you might have wondered what the group of 30-odd, colorfully clad runners were doing sloshing through snow while the sun threatened to set behind them. You might also have wondered what compelled them to venture to the Cape to run 13.1 miles while most Groton students were still asleep on February 23. To answer those questions, you’d have to ask English teacher and runner extraordinaire Ted Goodrich, the founder of winter running.

Mr. Goodrich brought winter running to Groton from Pomfret School, where he and Craig Gemmell, a former Groton teacher, led the program there. It started out small at Groton, with around 11 students running each season. After 22 years, however, the numbers have grown to around 24 runners in the program each year. This year has been the most popular yet, with more than 30 students participating.

Mr. Goodrich noted that interest greatly increased after the program included the half marathon as its end goal 12 years ago. The half marathon provided an objective for the runners to participate in the program –– an attractive quality in a heavily target-driven school.

The Hyannis half-marathon is an event for people of all ages, and the energy and immense crowds create a festive feeling around the grueling physical challenge. Mile 9 is a dark place for most runners, but, once they labor through to Mile 11, their whole mentality shifts.

Mr. Goodrich described the race as a “metaphor for winter term” as one progresses from a slow, cold grind to a more motivated mentality. He praises the program as a place where “you are just getting to know your body, and seeing nature,” in contrast with more competitive varsity sports that can put a lot of pressure on athletes.

Mr. Goodrich believes that the half marathon is a “cathartic experience to get rid of winter.” Although it may seem like the worst thing to do, because of the cold, the early morning, and the dreadfully long distance, the half-marathon is a big release. It, according to Mr. Goodrich, “lifts your spirits rather than crush them” with a sense of accomplishment. Runners also find the rush which they call the “runner’s high” after the 13.1 miles.

Our runners did extremely well, with experienced runners such as Patrick Kenyon ’20 and Wren Fortunoff ’22 finishing top for their age groups. Newer runners also demonstrated the results of the season, with many students finishing their first half marathon in around two hours.

“Never in my life did I think I could run more than 3 miles at one time, but I ended up being able to do a half marathon and although it was long and hard, I think it’s something I’d never have been able to do without winter running,” said Sofia Dieppa ’20.

Sofia said she was able to make it through with the help of “a fifty-year-old man, who at the 12th mile looked at me and said, ‘I’m not gonna beat you’ and helped push me the rest of the way.”

The half-marathon’s good results and great stories stayed true to the mission of the winter running program: a break from the pressures of Groton to relax and enjoy nature.