Destruction of the Presidency: Garett’s Gospel

The greatest myth of the presidency is that the ethical code of the office’s occupant must match the respect the nation owes to the office itself. The office of the president is a symbol of democracy, the embodiment of our trailblazing ability to peacefully transfer power from one opposing side to the other. However, many seem to believe that presidents should be the perfect politician, someone we can project the idealized version of our nation and ourselves onto. This vision overlooks the presidents who fail to match this image with scandals that far exceed Trump’s own.

Take Andrew Jackson. His inaugural celebration was a night of drunken debauchery, causing him to spend the first night of his presidency in an inn after the White House had been overrun by his supporters. His presidency did little else to increase respect for the office, as the only piece of legislation he passed was the Indian Removal Act decreeing a forced march of natives to Oklahoma. He even managed to exceed Trump’s disrespect for checks and balances, increasing the power of his office by issuing the first presidential vetoes for laws that did not violate the Constitution. Nevertheless, despite the historical prominence of his time in office, no one said that the office of the president was “desecrated.”

The recent history of the office has been little better, Trump notwithstanding. Just twenty years ago, President Clinton had sexual relations with an intern. Regardless of whether that relationship was an abuse of power, the argument that the moral rot of the office began with Trump is difficult to justify within the context of such unethical behavior. Even Obama, now deified in contrast with the current administration, encountered major scandal in his time in office. In the Fast and Furious scandal, the administration intentionally allowed the smuggling of guns in an attempt to trace them to Mexican drug cartels. Instead, they lost track of the firearms, one of which was used to kill a border patrol agent. Additionally, the IRS was found to have targeted conservative nonprofits throughout Obama’s time in office, leading to a financial settlement.

The purpose of these examples is not whataboutism— wrongdoings in the past do not justify Trump’s wrongdoings in the present. However, these examples, along with countless others throughout the history of the office, prove that scandals and misdeeds are, and have always been, inseparable from America’s closest imitation of absolute power. The only difference now is that we are all aware of them. 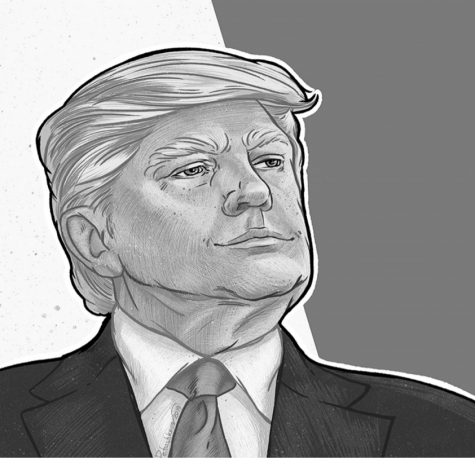