This year, faculty picked the following books as required summer reading: The Alchemist by Paulo Coelho for Second Form, The Hate U Give by Angie Thomas for Third Form, The Thing Around Your Neck by Chimamanda Ngozi Adichie for Fourth Form, A Tale for the Time Being by Ruth Ozeki for Fifth Form, and Educated, A Memoir by Tara Westover for Sixth Form.

The Alchemist follows a young shepherd in his journey to find treasure in Egypt.  Originally written in Portugese by Paulo Coelho, the novel allegorically discusses fate and spirituality.  Alicia Guo ’24 enjoyed the boy’s journey, “especially […] the lessons and wisdom the Alchemist taught him.” The Alchemist  “answers some questions that I have never bothered to ask or deeply think about,” she said.

Third Form read The Hate U Give by Angie Thomas, which is about  a 16-year old black girl who goes to school in a rich white neighborhood.  The novel deals with the relevant topics of racism and activism. Lauren Clark ’23 said that her favorite part of the book was when the main character finally spoke up about witnessing police brutality “because it teaches a valuable lesson: to speak up about what you believe in.”  Describing the novel as inspiring and enlightening, Lauren rated the book a full ten out of ten and would definitely recommend it to her friends.

Also concerned with race and identity, this year’s Fourth Form read is The Thing Around Your Neck by Chimamanda Ngozi Adichie, a book made up of twelve short stories portraying the lives of people in Nigeria and America.  These stories explore gender roles, family values, and the American Dream. Naomi Boateng ’22 commented that, although the book was difficult to follow, she enjoyed how Adichie “changed up not only the genders of the characters, but also their living situations, their families, the different countries, and their struggles.”  She also noted that these short stories demonstrated how different people become despite their similar heritage. She rated the book an eight out of ten.

Fifth Form read A Tale for the Time Being, a book about a young Japanese-American girl struggling to assimilate after her family moves back to Tokyo and a Japanese American writer who finds the girl’s diary washed up on an island in British Columbia.  Following different timelines in different countries, the novel deals with identity and assimilation. Lucas Zheng ’21 said that his favorite part of the book was the ending, when the girl’s dad reveals his past to his daughter and he immediately understands her. However, Lucas found it disturbing to see the family situation exacerbate with the dad’s suicide attempt and his daughter’s temper towards him.

Educated, A Memoir by Tara Westover, the Sixth Form read, details Westover’s life, from her childhood in the mountains of Idaho to receiving formal education for the first time in college.  Told in the first-person perspective, the book uses Westover’s memories to grapple with education and family. Isabel Brown ’20 describes the memoir as inspiring, captivating, and horrifying, and loved how Westover was able to turn her challenging childhood into an “inspiring and jaw-dropping story.”  However, similar to Lucas ’21, Isabel wishes that she “hadn’t had to gloss over the reality of [Westover’s] upbringing” due to the “rather blatant abuse and graphic imagery.”

Whether through novel, short story, or memoir, the authors of these five books offer their unique perspectives on many relevant topics.  As we return to the Circle, we can use these new outlooks to improve our learning experience. 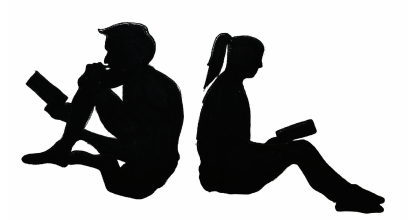 Hannah Wise ’21 for the Circle Voice