Why I Would Send my Daughter to Groton 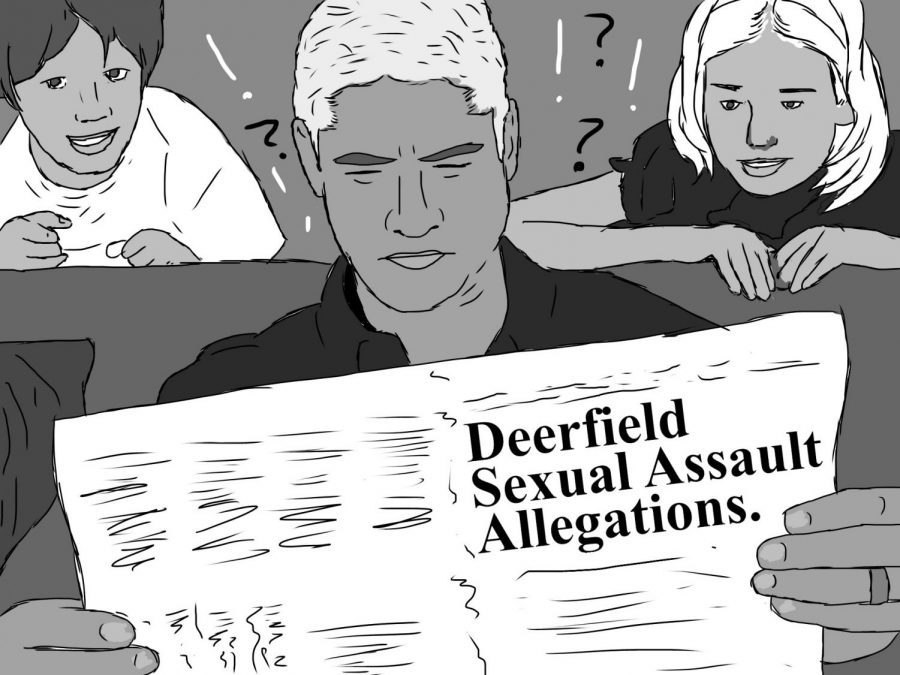 Last night my mother called. She asked me, “Would you ever send your daughter to Groton?”

After a long pause I replied, “Yes.”

The silence on her end told me she was surprised. And I understood why. A few years ago were St. Paul’s sexual assault case and the Boston Globe Spotlight report on sexual assault cases at New England preparatory schools. Recently, a lawsuit was launched against Deerfield over sex discrimination.

A recent article by the Boston Globe covering Deerfield’s case explains defendant ex-teacher Sonja O’Donnell’s allegations concerning the toxic white male culture that prevailed and still lingers. Girls were shunned from sitting in upper seats at hockey games, boys were held to a more lax set of regulations, and many sexual assaults were ignored.

For my worried mother, the mere idea of boarding school undoubtedly made her nervous. However, despite these discouraging stories, I still would want to send my daughter here.

For me, the argument that Groton struggles with sex discrimination because of its white, male-dominated, elitist history lacks sufficient logic to be wholly convincing. Naturally, Episcopalian schools like Groton, St. Mark’s, and St. Paul’s attracted these types of boys whose parents wanted their children to receive the best education in a religiously strict environment. However, the schools merely reflected the times: girls stayed at home to learn the domestic arts whereas boys were sent away to become what Groton founder Endicott Peabody described as the “perfected public servant”.

One ought to realize that this was the reality of history everywhere. This was not only Groton or  New England, but the notions of gender equality were realities Supreme Court justices had trouble acknowledging until the 1971 case Reed v. Reed, in which the Supreme Court decided that states could not “give a mandatory preference to members of either sex.” Sex discrimination exists everywhere today and affects both sexes. It is a blind and uncorroborated claim that Groton is one of the only institutions to suffer from it due to its particularly elitist beginnings. It is an issue that is prevalent beyond these gates – whether it is another school or workplace – and unfortunately, that is the reality.

As a student today, I have not witnessed or experienced discrimination in interactions with my teachers. I do not feel prejudice because of my sex in receiving the education that I desire. So, when I hear students complaining about the underlying sexist culture at Groton, I would argue that the sly and unspoken dichotomy between the life of male and female is the case for any historic institution.

Ultimately, the solution is this: become a leader in a larger environment and shift the atmosphere. As a woman, I am not only breaking the chain of discrimination by entering this historically all-male environment by thriving, but I am breaking stereotypes by immersing myself in a Classical canon written almost entirely by white males and by taking on advanced science courses. One ought to know what the opponent’s argument is and their logic behind it in order to refute it. And because of this, I am able to acknowledge sex discrimination but go one step further to seek ways to change the culture as a community.

The Groton I see gives me hope. What sets Groton apart from other institutions is that it is not afraid to stray from the strict original design. Through the Diversity and Inclusion Task Force or Groton Affordability and Inclusion (GRAIN), Groton makes strides to adapt to the changing times.

We aim to diversify our required readings from books written only by white male authors. We acknowledge the misogynistic way of thinking and want of gender equality in Classical times and re-interpret Latin or Greek literature with an inclusive mind. On top of this, the students have asked the Board of Trustees to take action to make the controversial busts in the Schoolroom more diverse.

I would send my daughter here not because my Groton experience was greater than that of any other student, but because there is crucial acknowledgement of the school’s irrevocable history. And above all, that acknowledgment is most important. Single sex education was a matter of the times, and though history and culture cannot justify the school’s exclusive beginnings, the greater issue I see is how we progress moving forward. Indeed, sexism here exists and is not evident to the inattentive eye but rather hidden and embedded in the jokes students make and the stereotype of what constitutes a classic “Groton student.”

The conscious effort this community makes to rectify, teach, and promote awareness of these issues proves to me that this is an institution that is worth sending my child to.