Athlete of the Issue: Freddie Tobeason 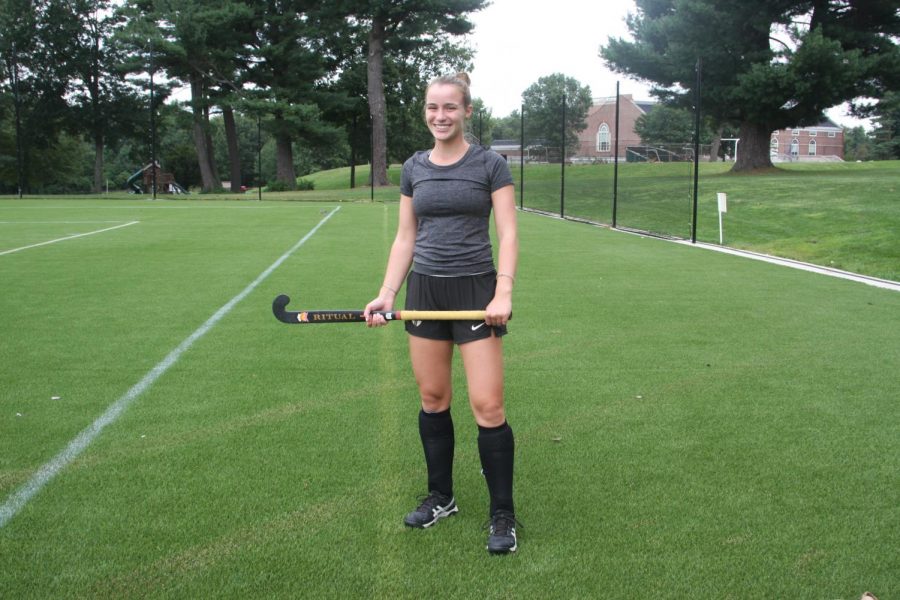 Freddie on the turf field during preseason.

As the late Vince Lombardi once put it, “the strength of the group is the strength of the leaders.” When it comes to the girls varsity field hockey team, leadership is especially crucial. The team brings back many key players along with new talent, and Coach Alison Hamlin has high expectations. But high expectations during preseason is one thing, and performance in the perennially strong Independent School League is another. To achieve success in the ISL is not merely a matter of talent. It requires leadership. Captain Freddie Tobeason ’19 hopes to lift GVFH to their best season in recent memory.

Freddie was introduced to the sport when she arrived on the Circle in third form. A gifted athlete, she immediately slotted into a role on the varsity field hockey team. Even with the challenges of adjusting to a new school and a new sport, Freddie described field hockey as her “favorite season of the third form.” Freddie credited the team for welcoming her “with open arms” and touted the family environment that surrounds the group. In addition, she thanked her captains for modeling an inclusive environment and shaping her into a leader.

After a promising freshman campaign, Freddie returned to the circle for her fourth form year hoping for increased success. However, GVFH suffered through a disappointing 2016 campaign. After defeating Philips Exeter 2-1 to open their season, and also starting conference play with a victory over St. George’s, the Zebras dropped 12 straight games, including a demoralizing 0-5 defeat to St. Mark’s. Despite the Zebra’s lack of success as a unit, Freddie’s play continued to be excellent, even earning an All-ISL honorable mention for her contributions as a forward. In her fifth form year, Freddie continued honing her skill in the sport. Dictating the game from her forward position, she tallied an impressive eleven goals as the Zebra’s leading scorer, while also chipping in eleven assists. Even with her contributions, the team finished 4-13, once again falling to St. Mark’s, 4-1.

Freddie’s teammates and coaches praise her leadership ability and talent. Co-captain Sarah Conner ‘19 noted, “Freddie not only elevates the team’s level of play, but also the energy. We look to her for advice, support and humor – on and off the field.” Coach Hamlin added, “Freddie leads by example.  She challenges her teammates with her high level of stick skills, speed, and tenacity on the field. Freddie is always trying something new – working on a new dodge, dribble technique, or tackle.  In this way, Freddie motivates her teammates to expand their own skills.”

Freddie is eagerly awaiting her final season on the Circle, and hopes to emulate the positive team atmosphere of previous years and create a team that plays for each other. She also claimed, “As a team, we will be significantly better than this past year.”